Let us look beyond color. Let us see only the real children that we are. We are the children of the Universe. There are no differences except color and that is something god enjoys. Put all together the human family is beautiful

I love the French Quarter. I’ve been there many times. It is pure bliss.

Well, talking about oysters, I was so lucky to be in NOLA during oyster season. (Please, see my last post “Off the Beaten Path I” for the best oysters from Pascal’s Manale for the completion.) I LOVE oysters, especially really fresh ones. In New Orleans oysters don’t have pearls in them like the rest of the country so, they are cheaper. (I hope you know that I’m BSing) No, it’s not THAT,  but oysters there are so inexpensive.

I have to make sure that they charged me right because when I ordered oysters someplace else, it would be $2-3/ each. In New Orleans it is $5-7/ half dozen! If that is still too much for you, how about $9-14/dozen. I was in oyster heaven (maybe the oyster thought it was hell, but I haven’t heard that directly from them, though).

So, which oyster bar Chef Markvs told me…

To the survivors I am praying for you. Hugs, Barbara

There is not one person who is better than another. Be are each unique and different. None are lessor.

Eyes of the Mind

Warning: The following article contains images of political symbols that have been used to incite ethnic hatred.

Today, the 18th of November, I’m not going to discuss what happened on this day twenty-two years ago.  I want to talk about what happened afterwards under the veil of Serb occupation.  Most of you will be all too familiar with the carnage and suffering of the Siege of Vukovar itself.  If you are not, I suggest you refresh your memory by watching this short video.

The world saw very little of the Serb occupation that began on November the 18th.  Indeed, even Croatians were cut off from what was going on in their own country.  You couldn’t make a ‘phone call from Vukovar to Osijek thirty-five kilometres away.  Non-Serbs who were left behind found themselves on the wrong side of a front line under the brutal dominion of…

I wonder if the GOP even cares about these children. I respect how hard it is for people. We are going to have to work together because no child is worth less than another. This America. It is a sin that we having starving children. Congress quit playing politics. You should be ashamed.

Lily’s story: it takes more than drive to succeed

Poverty is a thief that steals childhood dreams. You can’t expect a kid to excel when they have to raise the rest of their family

Om my God. My heart goes out to the families. This is a tragedy.

I propose to have us dialog about this. Hugs, Barbara 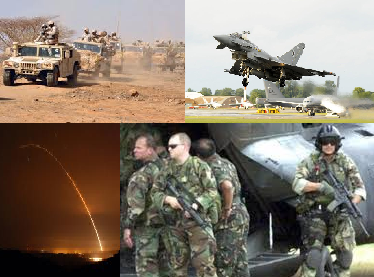 ” Israel is working on coordinating plans for a possible military strike with Saudi Arabia, with Riyadh prepared to provide tactical support to Jerusalem, a British newspaper reported early Sunday.

The two countries have both united in worry that the West may come to terms with Iran, easing sanctions and allowing the Islamic Republic to continue its nuclear program.

According to the Sunday Times, Riyadh has agreed to let Israel use its airspace in a military strike on Iran and cooperate over the use of rescue helicopters, tanker planes and drones.

“The Saudis are furious* and are willing to give Israel all the help it needs,” an unnamed diplomatic source told the paper. “

* Who do you suppose they are furious with ? Obama’s foreign policy , or lack there-of …

The wedding that began our love of Camelot

On November 22,1963, I woke in the morning and dressed for school. I walked the mile to my middle school. After lunch, the principal came on the PA system and told us that President Kennedy had been shot. I remember sitting at my desk and all of us just staring at each other. Our words were not there. Then the announcement that John F. Kennedy was dead. Silence and then the sound of crying. I don’t think we understood what the death of a President would mean to our country. The the class president got on the PA system and led us in the Lord’s Prayer.

The principal then announced that school was closed and we were all to go straight home. We did that with the movements of a robot. I walked my mile home and when I got home, I turned on my black and white television. I still was crying. Walter Cronkite even cried on camera as he told the American people we had lost our beloved President. 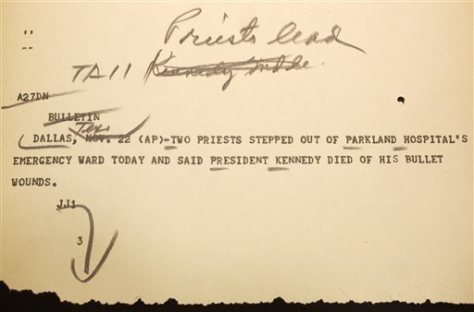 The telegram telling the White House that JFK had been assissinated 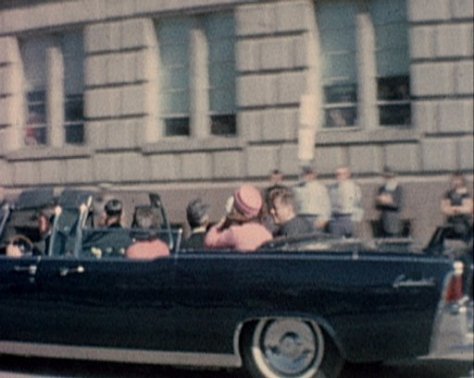 The Kennedy Motorcade before the assasination.

America watched their televisions for the remainder of the day. Slowly the numbness eased and we began to feel anger and grief. We wanted to do something. There was nothing to do so we sat and watched history unfold around us. I was watching when Jack Ruby killed Lee Harvey Oswald. I was in shock again. Would this nightmare ever end? Vice President Johnson took the oath of office with Jackie standing next to him on Air Force One. Everyone was on their way back to Washington.

The President was taken to the hospital and at that point he was barely alive. But they couldn’t do anything for him. John Fitzgerald Kennedy was dead and so was Camelot. We feared WWIII and we were confused and so worried about America. But we still had Robert Kennedy and he would hold it all together. But he was Attorney General and not President. He was there at Jackie’s side for support and comfort.

Johnson taking oath of office on Air Force One

Our world had changed. A country was devastated with grief. A young widow and two small children had lost their father. Rest in Peace, John, Jackie and John. We will never forget.

–Photos from Life Magazine and elsewhere

Many people don’t know Croatia. My maternal grandparents came from to escape communism. Anyone who commit war crimes against the Croatian people should have to stand trial just as the Nazi’s did

The president of the Association of refugee Serbs from Croatia, Nikola Puzigaca, who is a citizen of Bosnia and Herzegovina, considers that it’s “unacceptable for Boljkovac to first answer in the Croatian court for crimes against civilians, who collaborated with the Ustashi regime, after WWII while nobody is answering for crimes against Serbs in the last war in Croatia”.

“Boljkovac must first answer for the deportation of Serbs from Croatia in 1990’s, and after that all other responsibilities…