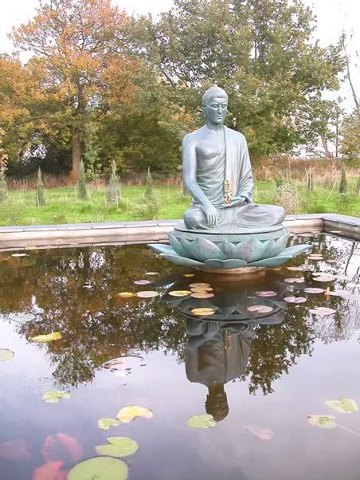 The Dalai Lama is the spiritual and political leader of Tibet. Tibet is a very mountainous country without resources like oil. One night, in the dark, lit only by the night sky, the Chinese invaded Tibet.  Tibetian monks took the young Lama secretly out of Tibet and the Dalai Lama has since lived in exile in India. Many Tibetans have also fled the invasion. Tibetan monks and nuns were murdered and raped. The Buddhist temples were plundered. Why? The Chinese at one point in history had control of Tibet. They decided all these years later that they were  going to take it back from the Tibetans. They brought in Chinese citizens live in Tibet, taking over the villages and government of the Tibetians. The world sat back and watched.  Tibet had nothing to really bargain with and no natural resources to make them worth fighting for. So without an economic incentive to intervene, the rest of the world simply sat back and allowed this to happen.

The Dalai Lama is an amazing man. I met him twenty plus years ago. His spirituality is a part of his essence. He shook my hand and I felt as if electricity ran up my arm. My late husband was with me at the time. The Dalai Lama looked me directly in the eyes and I knew this man was a man of God. I have never forgotten being in his presence and I read much of what he writes. This man is a man of God, it doesn’t matter what you call God. He is getting older no;, he was fifteen when he fled for his life and he has been in exile ever since. I wanted to share  some of his wisdom with my readers. He is not the only spiritual teacher or leader I have met or studied with. When you dissect what I have learned it is all similar: There is one god and he/she is everywhere and within all of us.

The Dalai Lama speaks with compassion for everyone in the world. His kindness is something that he shows to everyone, He believes that these attributes are what will lead us to happiness and to peace. He has set aside the turmoil surrounding his flight through the mountains of Tibet to India,  and has forgiven the Chinese conquerors. This is a huge act that most world leaders would never even think of doing. Forgiveness for another country taking your country away from you and killing many of your people. He has attempted to use diplomacy to have the Communists leave his country, but over and over, they would not leave. So he forgave them. This man walks his talk and is a role model for all of us on this planet.

I am going to give you some excerpts from some of his teaching and writings and speeches. These excerpts will be in quotes. Other comments will be mine.

“In essence, all beings are united by the desire to gain happiness and to avoid suffering. We are also the same in that it is possible to remove suffering and attain happiness, to which we all have an equal right.”

“No matter what part of the world we live in, essentially we are all the same human beings. We have the same basic needs and concerns. Furthermore, all of us human beings want freedom and the right to determine our own destiny as individuals. That is human nature.”

“Little children do not bother about religion and nationality, rich or poor; they just want to play together. At a young age the sense of oneness of humanity is much more fresh. As we grow older, we make a lot of distinctions; a lot of artificial creations that are actually secondary become more important, and basic human concern diminishes. That is a problem. Whether we like it or not, we have all been born on this earth as part of one great family. Rich or poor, educated or uneducated, belonging to one nation, religion, ideology, or another, ultimately each of us is just a human being like everyone else. We all desire happiness and do not want suffering. When you recognize that all human beings are equal in this respect, you automatically feel empathy and closeness for them. Out of this, in turn, comes a genuine sense of universal responsibility; the wish to actively help others overcome their problems.”

“To those who believe in God or in a creator, I ask them to put more emphasis on the equality of all human beings. Forget about other galaxies and concentrate on this globe, this planet. If one creator created all earthly beings, discrimination has no place. There can be no differences on the basis of color, social background, or, particularly in this country [India], of caste.”

“This is my simple religion. There is no need for temples; no need for complicated philosophy. Our own brain, our own heart is our temple; the philosophy is kindness.”

” The common factor among all religions is that, whatever the philosophical differences between them, they are primarily concerned with helping their followers become better human beings. Consequently, all religions encourage the practice of kindness, generosity, and concern for others.”

” All of the different religious faiths, despite their philosophical differences, have a similar objective. Every religion emphasizes human improvement, love, respect for others, sharing other people’s suffering. On these lines every religion has more or less the same viewpoint and the same goal.”

“We must try to promote harmony among various religious traditions. It is important for followers of each tradition to  practice sincerely and seriously. Suppose we are Buddhists.  In order to promote human values, we must, first, make every effort to improve ourselves. In this way, we will prove to be a good example to others. Instead of thinking of conversion, we would think about how much we can contribute through our tradition.”

” Without accepting a religion, but simply developing a realization of the importance of compassion and love, and with more concern and respect for others, a kind of spiritual development is very possible for those persons who are outside of religion.”

“All religious traditions talk about methods of compassion and forgiveness. If we accept religion, we should take the religious methods seriously and sincerely and use them in our daily lives. Then, a meaningful life can develop.”

“Anger and hatred are our real enemies. They are the forces we most need to confront and defeat, not the temporary ‘enemies’ who appear intermittently throughout our life. And unless we train our minds to reduce their negative force, they will continue to disturb us and disrupt our attempts to develop a calm mind.” 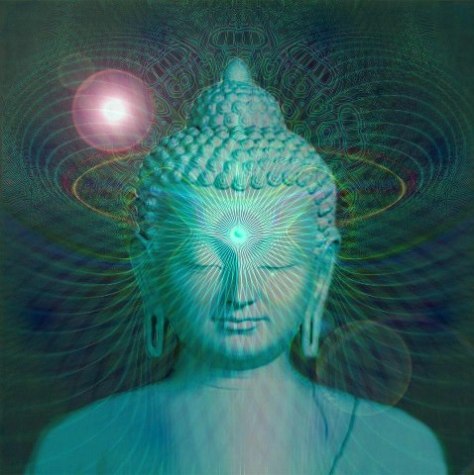 Everyone likes to talk about being calm. You see those new slogans Keep Calm and….. We also always talk about peace, whether within families,  national or international context, but without inner peace how can we make real peace?

Father the orphans with love

Let us hope that there will be no tsunami.