This is for all the naysayers in the world.

This is an excellent example from NASA.  However, most deniers will probably claim that the video was “manipulated” and once again, turn a blind eye to the reality of global warming… 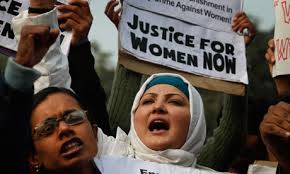 Justice and long prison sentences for the people who buy and sell people.

Today, the FBI orchestrated a large sting to find and help boys and girls in slavery.
Many pimps were arrested. They were arrested under Federal laws because they had moved the children across state lines.

The children were set free and they ranged in age from 13 years old to seventeen years old. They were being made to sell their bodies and commit many terrible sex acts. They had no choice and were often threatened with death unless they satisfied their owners/pimps.

The children are now free. Can you imagine how that must feel for them? Can you imagine how their families feel? The grief they have endured thinking their boys and girls were dead. Pimps were arrested and I think they need to have 1000 year sentence. Once out they will go back to their slavery rings and begin again. Long sentences are vital. 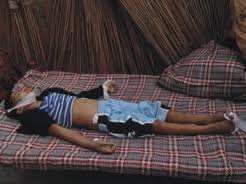 For the newly freed children, this picture is ended.

These families and friends must get to know their children  again. This is going to require quite a long transition. These families have a long journey ahead.  I am so happy for these kids and I worry about all of their memories. The ones that will remain for the rest of their lives. We do know that they have had the worst of living nightmares.

It is important to realize that supply and demand play into this story.  The Johns, the people who buy sex are the reason that the millions of people are kidnapped and sold and become sex slaves.  Johns are hardly ever arrested. The FBI says the demand is growing.  Johns need to be stopped and held responsible for their actions. Men who buy sex are disgusting and need to be arrested and face jail time. 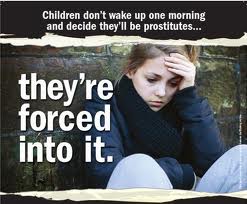 The sexual slaves have no choice except death

So, we have won a battle, but It still leaves millions of slaves in the world today. If you see someone who seems to be at risk call, 1-888-3737-888. This hotline helps people and prevents some children from being taken as slaves. We can also all pray, however we do it and pray for more people to be saved and allowed to be free once again.

Kathy Kelly is a tireless peace activist, pacifist, author and founder of Voices in the Wilderness but now a co-leader and co-founder of Voices for Creative Nonviolence. She lives in Chicago. IL when she is not speaking all over the world and residing in Afghanistan or Iraq helping promote peace and justice.

Kelly was in Baghdad when the 2003 Iraq War started and she experienced the “Shock and Awe” with her Iraqi friends. When Voices in the Wilderness became a target of relentless U.S. judicial action it was dissolved and that is when Kelly’s present organization was formed, Voices for Creative Nonviolence.

The sperm whale, which beached earlier today on Terschelling island in the Netherlands, has died.

Attempts to refloat the animal by digging a channel through the sand came too late. About 18:30 local time, the situation of the whale suddenly deteriorated.