You go where you are free.

Our society likes us all to be conformist in how we live, what we do, ;and what we think. Even as a child I wasn’t able to do this, I couldn’t even fake it. My soul would just rebel at things like hypocrisy and injustice.

Society in every country makes demands upon its citizens that they be uniform in actions and thinking. I am not talking about good behavior versus criminal  behavior. It is as Ghandi said when he was encouraging Indian citizens to use passive resistance to obtain their freedom from the English.

My hackles go up when someone is telling a person what to think or say. I will not be put into a box all neat and orderly. This has been true since I was a child and often I paid dearly for having my own thoughts. Human beings don’t all think alike or act alike, for which I am grateful. How boring it would be if we were all the same in our actions and thinking. It is true that sometimes people just know how to push our buttons, but you are in control of how you are going to react.

Women, for instance, are treated as inferior or as second class citizens. As I have mentioned before, we still are the only American citizens who are not legally equal. Minorities continue to suffer discrimination. It is a sad fact that often a person has a bad experience, and forms a distrust of all people of that race, culture or religion. 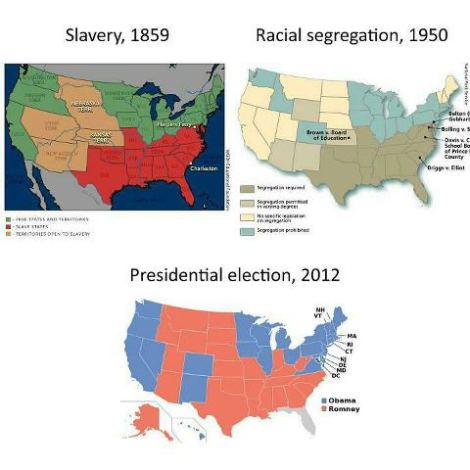 Living in a world of terror is frightening. However, I remember the Cold War and the drills at school where we would be told to get under our desks when the siren went off. I asked, one day, how the desks would protect us. The teacher was not pleased at all with me because the other kids heard and wanted an answer too. She didn’t have an answer.

I have Muslim friends. They are not jihadists yet every day people look at them with distrust. I was with one of my friends and we went to dinner. When the server came to our table, she was visibly uncomfortable. I started to talk to the server and to relieve the tension. It ended up fine but my friend was uncomfortable. It was shortly after 9-11 and we both understood but my heart hurt that this situation happened.

Sometimes, you can see both sides, but you must choose the ethical and morally right behavior. As a society, we need to remember that the Divine is within all of us and to try to correct what is hypocritical and unjust.

Yes, there are evil people in the world. But they often come from severely dysfunctional families. Sometimes they are so damaged they cannot heal or are not given the opportunity. My rule for measuring this life is hypocrisy and injustice. I cannot tolerate either in my life. So there are times I have walked away from people because they were an offense to my soul.

WWII and the holocaust are examples of people who ignored their inner guidance and some even assisted the Nazis. One person whose name you are probably familiar with is Coco Chanel. She began the designer line of the House of Chanel. She collaborated with the Germans when they took Paris. People died because of her actions. But she took care of herself and her Chanel line thrives to this day.

I encourage everyone to be true to who you are and what is true in your life. If you do not betray your own soul and heart, then you will be able to trust your inner guidance to lead you to your higher good.

If you are being your true self, you will then be the person that the Divine, The One, Adonai intended you to be in this lifetime.