Flowers and teddy bears lay on the street outside the home of a shooting scene where authorities say five people are dead, including the gunman, in Douglasville, Ga. on Saturday, Feb. 7, 2015. DAVID GOLDMAN, AP

Lt. Glenn Daniel of the Douglas County Sheriff’s Office said a man came to a house and shot his ex-wife and several children.

Daniel said that some neighbors apparently heard or saw the shooting and came outside to assist the victims until rescuers arrived. Some victims appeared to have been shot inside the residence while others were apparently shot outside.

A seven-year-old child was one of the people killed, WGCL reported. Daniel told the station two children were among the wounded. The youngest victim was described as a toddler.

The shooter is believed to have died by a self-inflicted gunshot wound, Daniel said. Police were still working Saturday to identify the victims and confirm their relationships, he said.

“I’ve never seen this many victims in one shooting in my 38-year career,” Chief Deputy Stan Copeland told WGCL.

Daniel said he did not immediately know when the couple divorced or whether the family had prior contact with police.

“I’ve been in law enforcement out here 20 years and this is the worst I’ve ever seen,” Daniel said.

Investigators have not released the names of the suspect or the victims because their family members have not yet been notified. The motive of the shooting was not immediately clear.

Investigators obtained a warrant to enter the home, now surrounded by crime scene tape, on Saturday so they could collect and examine evidence from the crime scene.

Kenya Beyah, who lives about four doors down from the home where the shooting began, left flowers at the scene Saturday evening. She didn’t know the family but said she saw kids playing outside from time to time, she said.

© 2015 CBS Interactive Inc. All Rights Reserved.
This couple were divorced and she had gotten out. Now she is dead and so are some of her children.
Domestic Violence is a huge problem in America and the entire world. It is easy to say, just leave. During my years working in Domestic Violence, it is easy to ask that question. Some women stay too long, some go back because of a lack of job skills, or unable to find a place to live when she leaves the shelter. Many are killed by their abusers after they have left him. Many have Protection Orders but that is a piece of paper between her and the abuser. It is a crime to commit Domestic Violence. Sadly, this family couldn’t really get away.
You Can’t Beat a Woman! 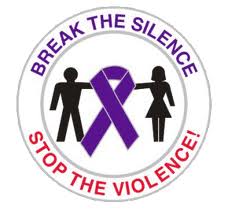 8 thoughts on “This is Domestic Violence”