By Lisa Anderson
NEW YORK, Feb 6 (Thomson Reuters Foundation) – The number of women and girls in the United States at risk of female genital mutilation has more than doubled since 2000 to half a million, say demographic researchers who expect that figure to rise even further.

The report, released on International Day of Zero Tolerance for Female Genital Mutilation (FGM) on Friday, said the main cause of the rapid growth was a doubling of immigration to the United States between 2000 and 2013 from African countries where the brutal tradition is prevalent.

“We put out these numbers so decisions can be made by policy makers in this country,” said Charlotte Feldman-Jacobs, an author of the report and director of the gender program at the nonprofit Population Reference Bureau (PRB).

“In order to know where these girls and women are and how many, this data is critical.”

FGM, which involves the partial or complete removal of the external genitalia, is considered a necessary pre-marriage ritual for girls in many countries, but it can cause lasting physical and psychological damage and even death.

The practice is most common in Africa and the Middle East, though most African countries where FGM is found have banned the practice.

PRB’s findings come at a time of heightened awareness and concern about FGM in the United States, which banned the practice in 1996 and passed a law in 2012 making it illegal to transport a girl out of the United States for the purpose of FGM.

On Thursday, U.S. Rep. Joe Crowley of New York and U.S. Rep. Sheila Jackson Lee of Texas, both Democrats, introduced the Zero Tolerance for FGM Act of 2015, which would charge the federal government with drafting and implementing a national strategy to protect girls in the United States from FGM.

About 55 percent of the 506,795 women and girls in the United States at risk of FGM in 2013 were either born in Egypt, Ethiopia or Somalia, or born to parents from those countries, the researchers found.

In those countries, the vast majority of women and girls between the ages of 15 and 49 undergo FGM: 91 percent in Egypt, 74 percent in Ethiopia, and 98 percent in Somalia.

Other women and girls in the United States at risk of FGM were from or had familial ties to Nigeria, Liberia, Sierra Leone, Sudan, Kenya, Eritrea and Guinea.

“We applied country prevalence rates to the number of U.S. women and girls with ties to those countries to estimate risk,” said Mark Mather, a demographer at PRB who co-authored the report.

Overall, about 97 percent of U.S. women and girls at risk of FGM were from or had ties to African countries, while 3 percent were from Asia.

The women and girls at risk typically live in or around large cities, with about 40 percent of them living in the New York, Washington, D.C., Minneapolis-St. Paul, Los Angeles and Seattle metropolitan areas.

The Centers for Disease Control and Prevention plan to issue a report on FGM in the United States in coming weeks with conclusions similar to those from PRB.

“Having a better idea of the magnitude of FGM here will mean that we have a much stronger argument in terms of changing policy and allocating resources,” said Shelby Quast, policy director at Equality Now, an NGO dedicated to the protection and promotion of the human rights of women and girls globally.

More than 130 million girls and women in Africa and the Middle East have experienced some form of FGM, according to 2014 data from UNICEF.

This is so painful and create the possibility of infection. It is immoral to allow this to happen to women and children.

Through the Fog poetry 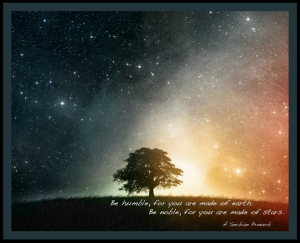 I’ve been in the dark so long,
I’ve grown accustomed to this-
But, this is no ordinary abyss…
My night vision sharpened,
I see more than black here,
My vision no longer veiled by fear…

Violet, indigo, and deep green
Swirl in the endless dense fog
Within…  My dark is not empty.
I’ve wandered for what seems
Like an eternity, I don’t remember
Beginning, or ever being aware
Of an end, it just is…  I just am.

In my wanderings, I found
The synergistic bond within,
Where darkness and light
Are no longer opposite…
Where they run parallel,
Twisting, flowing like water…
Intertwining in double-helixes,
In intricate, infinite knots…

For within me, there is also
A well of stars and molten gold.
A pool of the purest source,
I’m drawn into it’s healing force…
An awareness washes over me,
This is the love I was created to be…

The White House and Kayla Mueller’s family have verified her death while a captive of ISIL. She was a beautiful humanitarian and along with the other captive who have been murdered, May They All Rest in Peace in the beauty and love of God. May they be blessed and their families comforted. They are brave beyond understanding. 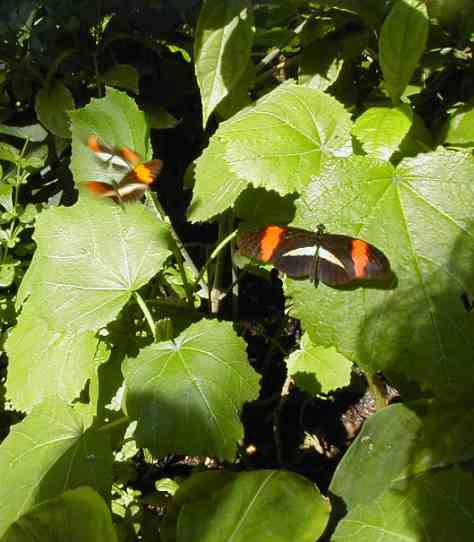 The delicate beauty of God’s world. Butterflies are so fragile and beautiful. Photographed and copyrighted by Barbara Mattio 2014