I ask you to look around you at your life and at the lives of the men and women in your life. Any of them could be being abused. Abuse can start while dating in high school, in college, on the wedding night, when you announce you are pregnant. It can begin because the abuser’s boss denied him a promotion, he did not make his sales goals. He cannot control himself/herself and you carry the bruises and fractures from this lack of control.

In 2003, the cost of DV in terms of medical care, mental health services, and lost productivity at work total up to $48.3 billion. Add to this the lives destroyed, the children who grow up with battering as their role model and will continue the stereotypes and battering spirals out of control.

Some people think that DV only effects the poor or marginalized in society. They are very wrong. Because we keep confidential records on batterers, we know that batterers can be middle class, they can be your state senator, your minister, the kid who bagged up your groceries, or you sat next to in church or mosque. While shopping, you may share the mirror with a battered woman in the ladies room, you may sit next to one at the theatre.  Statistics show that 30-50% of homes have battering in them. That is a lot of people living in fear and violence.

After the first time you are abused, the abuser will tell you it is your own fault. You should have done what you were told to do. You made the attack happen. No, you didn’t. Don’t listen to the lies coming out of that mouth. No one has the right to hit another human being. You are not owned, you can’t be told what to do or what to say. You are not crazy as many victims have been told. You are being abused if you are being pushed, slapped, pinched, punched, having your hair pulled, being stepped on, deprived of sleep, called filthy names, kept locked in the house, not allowed access to finances, raped (even if you are married), having food thrown at you, or bones broken.

Where to go? Ask a police officer or taxi driver where your community’s DV shelter is located. They will know and probably take you there. Once you go to shelter you will be safe with a roof over your head and your children’s if you have them. You will have a bed and food. There will be counselors who will listen to your story, listen to you as you decide what you are going to do next. You may want to get your own apartment, go back to school, move out of town or get a restraining order from the court. The shelter will provide you with counselors to help you achieve the goals you have set for yourself.

The battered women’s shelter movement started in the 1970’s and I helped to start one of the country’s first shelters. It was a grassroots by-product of the Women’s Movement that I am very proud to have been part of. Mostly, I am proud to have been able to help women and children out of a living hell and into a life where they could grow and thrive.

Domestic Violence is not going away. The statistics are increasing each year in each American community and in cities and villages around the world. Batters often start by hitting where bruising will be covered by clothing. The victim will often be kept in isolation away from friends and family. The abuser has more control this way and outsiders have less influence.

In today’s world full of social media, teens are often battered physically and emotionally with texts and on Facebook, Snapchat, Instagram, or Twitter. This can be extremely frightening to a teen so it is important to keep communication open with them so they will not be afraid to talk to you. In 2008, the Centers for Disease Control published statistics that showed that 2 million injuries have resulted from intimate partner violence every year.

You don’t have to be a statistic.  Get help, get out. 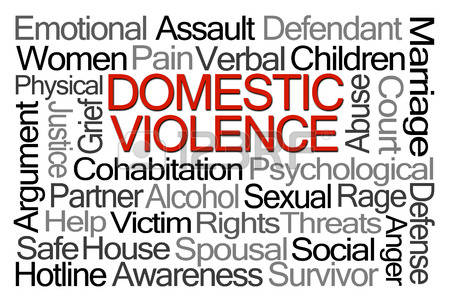 WE MUST STOP THE VIOLENCE. NO ONE DESERVES TO BE ABUSED OR TO HAVE TO LIVE IN FEAR.