The family of peace.

I am thinking that we need to vent the monster. July 2014– MONTANA – Deep in America’s northwest, there lies a supervolcano that, if erupted, has the potential to wipe out the majority of the United States. What is a supervolcano exactly? I think the name says it all, but officially, scientists define it as a volcano capable of an eruption thousands of times greater than any ordinary volcanic explosion. These supervolcanoes burst when a growing pressure of molten rock, or magma, rises up from the Earth’s mantle. When the crust can’t contain the buildup anymore — boom. In historic times, we luckily haven’t experienced a supervolcano explosion. The most recent eruption occurred 27,000 years ago in New Zealand. But, mankind isn’t out of the woods yet. Deep below Yellowstone National Park in Wyoming lies a supervolcano that is very much alive.

A volcanic winter: A massive underground chamber filled with magma sits miles below the surface in America’s…

Conservative radio host Glenn Beck accused President Barack Obama on Monday of fueling talks of his own impeachment in order to better position himself on, among other things, the country’s immigration issues, Right Wing Watch reported.

“Who wants it? The president does,” Beck argued. “Because then he’ll be able to say, ‘I demand justice.’ The birther thing is over, the Black thing is over. So now he needs to be able to call for justice.”

Beck complained that conservatives were “losing the PR battle” on the issue of immigration reform and said Obama would try to “change the subject” to allegations of impeachment.

“Do you think anybody in the GOP is serious about impeachment?” Beck asked his staff. “I talk to a lot of the guys who should be the leaders of impeachment, if there was gonna be a leader of impeachment.”

Morning comes again, as I struggle, sleepy-eyed towards the kitchen. First light has just begun to creep over the mountains. It does little to encourage me to fix that cup of coffee and start another day. I find myself thinking of a different song most mornings, I wonder if it came from a dream I had during the night or just why that song would be in my head. It will always be a song from the 1970’s or late 1960’s, it seems. I think perhaps it expresses a longing to have lived my life differently, to avoid the pitfalls, to have more confidence that I did.

Today, the song dwelling in my half-asleep mind is “If you’re Going to San Francisco, be sure to wearr some flowers in your hair.” By the time I am busy waking people up, leaving home as the light becomes brighter, I…

Hmmm. What can we say?

We can never have enough of nature.

Turquoise-tailed baby bluegills tickle our toes.
The scent of pine and wildflowers wafts to my nose.
Purple loosestrife and asters dot the green wayside.
Children splash, fishermen cast, not even fish can hide.
Green-dappled water buoys and refreshes tired mums,
Dragonflies eat mosquitoes, and ants carry off crumbs.
Thoreau wrote of being alone, but that was far in the past,
Instead lots of people hike, fish, swim, play and eat a repast.

Heaven is under our feet as well as over our heads.
— Henry David Thoreau, Walden

Note: We visited Walden Pond today, and had a great time! I hope you had a great day, too. 🙂

For at least the past twenty years, the publishing world has uncovered and published a flood of women’s diaries and letters. Manuscripts have been found in attics and basements. Some were sitting in libraries unpublished and forgotten. Feminist scholars and family members have discovered who the women in their families really were. Men’s writings have always been published. The patriarchy has seldom published women’s written words. So they have had to write under a pseudonym. For instance, George Sands was a women who wrote under a man’s name.

The terms diary and journal denote dailiness. Recently the word discontinuous prose is being used. While some writings were obviously secret and never meant to be published, others are written as if to a reader or an imaginary friend. Some journals recap the woman’s daily writings and others also document the unusual, the events and thoughts that made a day memorable. Journal-keepers often focus on just a few aspects of events or on special parts of their lives.

Some diaries and journals have been categorized by their duration, some are lifelong beginning in childhood. Other writings stop and start which reflects the fact that sustaining daily writing could get hard in the face of children, housework, and, more recently,  jobs. They are also written in a variety of styles reflecting the personality of the woman writing. Because of sexism, women were frequently illiterate, lacked paper and pen or felt they had to keep their own personal thoughts private. To reveal what they were thinking could bring the husband’s wrath down upon them. For black women, it was against the law for them to learn to read and write.

The overall effect of reading women’s diaries and journals is to fully grasp the restrictions  on the lives of all women, but more so on the black woman. I love to read these. It helps to keep a perspective on your own life. It illuminates the big picture and explains why hundreds of years ago, women had no choices and were as much owned as any slave. This is the reason that once a woman was widowed and had enough money, she did not remarry. Now they were free and they didn’t want to loose that freedom.

Marie Noel was the pseudonym of Marie-Melanie Rouget, who lived all her life in the provincial town of Auxerre, France. She was the oldest child and the only girl in the family. Her household chores took much of her time but she did write. She wrote several tomes of poetry, and a journal that documented her lifelong struggle to be authentic and to express her religious doubts.  Here is an excerpt from Marie’s writing:

“The mere fact of passing outside time so modifies the soul that it is no longer recognizable.If time and space-the two essential modes of our thinking-are removed from us, what will remain?

What is eternity, life without time or place? Nonexistence, perhaps.

Relative, not total, nonexistence.  ( There is something other than this conscious, definite, limited self. There is Being. ) Nonexistence comparable to the “Night” of ecstasy, in which all the faculties-memory, imagination, thought, reason-have disappeared ; outside time, outside space, the breath of God, the impalpable soul which reaches God because it first comes from God, returns to God, is fused and with God.

Ecstasy enables me to understand death, beatitude. It is accompanied by the momentary destruction of the person. In ecstasy there is no more time or place, man has crossed over, gone outside himself.” 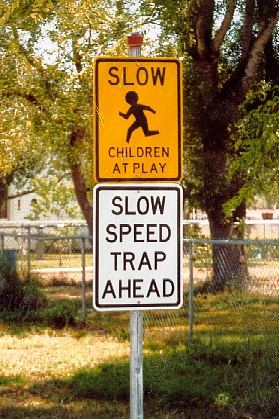 Some advance warning: I’m going to stop this story and start over because it’s the only way I can figure out how to tell it.

So it’s 1980, morning in America, and I’m riding in a car with my grandfather. We are on the way home from the golf course. It’s sunny and we’re in Wisconsin and the car is, I believe, a  1974 Gran Torino. Anyway I’m sure it’s a Ford, because my grandfather bought all his cars from Barney at the Ford Garage, which was just up the road from his house in the small Wisconsin town where he lived.

As we reach the crest of the hill, we see a police car stopped by the side of the highway. He has caught a speeder. Another car—a Ford, no doubt—sits in front of the squad car. The officer of the law is walking toward the driver.

I know what my…