Throughout the clouds she rises
Spectacular sun
Lay beams on me
Through winters cold
Any bit will do
To take these aching
Joints
And lend them a reprieve
From the stiff
And tight
Throb
Let it come
Oh sun on high
Grow close
To this earth
Who finds itself weary
Of the bitter chill.
Yes, I see her
She comes quietly
Peering through the clouds
Peek-a-boo child
I smile
Ah, yes
Warmth spreads
Peace.

“There with my soul I fed, I fed content,supercilious”
Walt Whitman

The Why About This 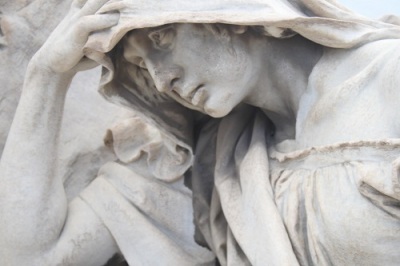 Depending on where you live in the world it is already International Women’s Day. For those of you who are unfamiliar with this celebration, allow me to share some information about this day.

While there have been various Women’s Day Celebrations in different parts of the world historically, it was in 1977 that the U.N. (United Nations) invited members to proclaim March 8th as the U.N. day for Women’s Rights and World Peace. Many countries now actively celebrate this day.

For both men and women this is an important day to note. We humans, of this planet Earth, cannot move forward without all of us working towards a goal of harmony, peace and growth for ourselves and  our planet.

International Women’s Day is about encouraging the freedom and rights all women are entitled to and deserve.

Some excellent resources to find out more.

Thank you to my dear friend Dr Rex for nominating me for this award which I created early this week.

I’m creating this Award to celebrate all those wonderful people in the World who spread Light, and Love and Hope and Peace in the name of All. These bloggers should consistently promote these qualities and work to be a force for peace and light in the world.

Thank you to Cathy at Between The Lines for nominating me for this award.  I find her to be lovely and supportive and I appreciate her very much!

So, the rules require me to

I like to help others by advocating for women and children, previously in my professional life, now through my blog.  I try encourage my fellow bloggers, with my comments and by providing awards like this that show people how much their words touch me.  And I try to support my family the best I can, emotionally and with the occasional babysitting for my grandchildren (okay,that’ s for me, too).

My nominees for this award are:

Tantrayana or Tantra means  loosely – “Sacred teachings” – (thankas) often written in book form and then handed down to a younger generation for study. Tantra teachings consist of diagrams, images, and symbolism. There is not one iota of pornography in Tibetan tantrism.

My original idea for this post was to use a short excerpt from Arnaud Desjardin’s  “Message Of The Tibetans.”  I see though, it is a deep philosophy and perhaps a clearer explanation in plain and simple English is better used here. I have kept the Desjardin excerpt, in part, because it’s extremely interesting, while  expressing the qualities of  male and female within us all. Also the idea of non-dualism. One without a second. Advaita.

A very special book on Early Women in Tantra Buddhism.

Hello, all. It’s me again, Barbara’s Sister. Barbara is under the weather today (well, not literally; I mean, it’s not like there’s this big snowdrift on top of her, or anything). She’ll be back with you soon, but since she’s tired and her sinuses have her brain under siege, I took over her keyboard so I can tell you a story.

One day, when we were living in our old house, where the trash cans were kept (neatly, behind a custom-built wall) by the side door of the house, I went to throw out the kitchen garbage one morning, and found myself face-to-face with a possum.

I realize not all of you are from the northern United States, so let me introduce to a possum:

Not a rodent, by the way, the only North American marsupial, and kind of cute, don’t you think?  Except, of course, that I’m from northern Pennsylvania and I know that possums can look like this:

I needed to get that possum out of there.

Barbara was home, and a friend was over, and we talked about it and finally decided  that if we just took the lid off the garbage can and tipped the can on its side, the possum would leave.  We tried it…the possum stayed.

I pulled the can down the driveway, pointing towards the garden, thinking (I guess) that the sight of all the bushes and flowers would be appealing to a possum and it would leave.

I decided I needed to scare the possum out, and started kicking the bottom of the trash can.  The noise and vibrations would flush him out, right?

So it’s been about 10 minutes now, and the possum is still stubbornly in the garbage.  So, I got desperate, and up-ended the trash can on the driveway dumping the trash — and the possum — onto the asphalt.  The possum….blinked.

That’s it, just looked at me and blinked, as if it were asking (in what I’m sure would be very surly voice) “Yeah?  And?”

Still, I was determined and I reached into the garden and found a longish stick, which I brandished at the possum like a sword, in what I sincerely hoped would be a threatening manner.

After about a minute of stick-shaking, the possum gave me a dirty possum-look, and waddled into the garden, looking back over its shoulder at me in disgust.

Then, I wrapped my hands in plastic bags from the grocery store, and put the trashcan upright, scooped up the garbage now strewn all over our driveway and put it into the trash can.  Then I put the lid back on and dragged the trash can back where it belonged, neatly behind the wall.

It was at this point that I noticed that our neighbors had been sitting on their porch watching this whole thing.  I couldn’t exactly hear the laughter, but I knew it was there, and I knew why:  because the trash can had been very close to the garden, and I was standing between them and the possum, which they never could have seen, so from their point of view…

Their neighbor decided, one sunny weekend afternoon, to drag the trash can out into the driveway….

…dump the trash on the ground

…shake a stick at the trash

…and put it back into the garbage can.

It was a looonnng time before the neighbors spoke to me again….