I feel that I have to apologize to all of my followers. I want to be writing about my love for The One. I want to talk about the passion of creativity and peace. I am going to continue to write about these subjects but I have to draw attention to what is happening to women in the world. Forty years ago, I thought it was pretty much a finished subject, and I was wrong. I have to begin to assist in our cause because it is the way I am made. I probably can’t march and picket like the old days. I intend to hopefully be one of the voices that inspire younger women to action.

I have been reading articles about the young woman, Jyoli Singh, who was raped and tortured for two and a half hours. I will not get graphic here but this was a beautiful and intelligent medical school grad. She and a male friend got on a bus to go home. For two and a half hours, the driver. his assistant and four passengers used a rod on her and her male friend. They were dumped out onto the side of the road.

She was in and out of consciousness, spoke to her father and the police. They had to remove her intestines. When her Father speaks of his grief it is almost unbearable.

Rape is not a crime of sexual lust or passion. It is an act of power and humiliation. They did everything possible to humiliate and demean her.Why? Because she was a woman. In the hospital, she spoke a little of the events using mostly gestures. Her friend has filled in the details. He was just a friend and was also beaten with a rod, but is alive. 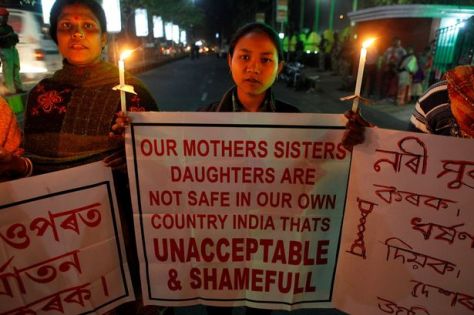 Women speak out against the rape of Ms. Singh

I have tears running down my cheeks and yet I must address this awful crime. In India, if the six men are found guilty, they will be hung. People in India are now calling Ms. Singh “India’s Daughter.” She has been marytred and she will inspire change in India. Yet in hospital she whispered to her father that she wanted to live. She was called home.

So, life goes on, and in the world women are raped and abused every day. Sexism encourages men to reduce the status of women to objects or possessions to own and use whenever the man wants to use them.

Indians express anger at rape and death of a young medical grad.

So, I feel that I have to write and let men and women know what is really going on and how women are being treated like they were lamps or chairs instead of human beings and children of the Universe. I pray for Ms. Singh and I know she is one woman who will never suffer again. Blessings to all of the women who are survivors of rape or abuse. 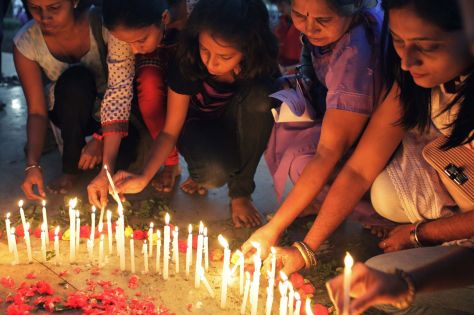 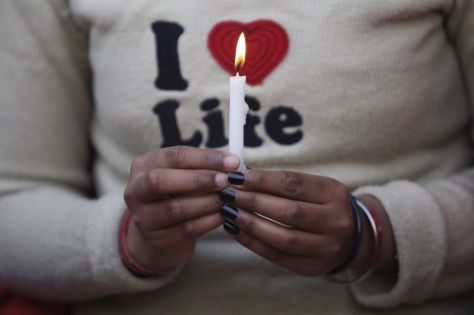 Ms. Singh whispered to her Father in hospital that she wanted to live.

6 thoughts on “I am not Ashamed to be a Woman”