Many people claim to have the truth about God. Millions of people on our planet are determined that they know God and that they are the only ones who do know God. They are so sure that wars are fought to prove their point. I think it must get difficult to be Divinity because you are supposed to guarantee both sides victory because they know all about you and you want them to win. Where do we go from here? Many mystics, over the millenniums, have had intimate experiences with God, cosmic consciousness, Divinity or whatever name is used, on the inner landscape. The following poem was written by Kabir, a eastern mystic centuries ago. Typically, he and his work were not accepted until after his death. He understood that most people wanted God on their terms; not its. He experienced the presence of the Beloved and was ridiculed by Muslims and Hindus alike until his passing. There is a unique irony in his poems. Many mystics have used poetry, music and nature to help explain the God experience. The following poem is one of my favorites.

“If I told you the truth
about God,
you might think I was an idiot.

If I lied to you about the Beautiful One
you might parade me through the streets shouting,
‘this guy is a genius!’

This world has its pants on backwards.
Most carry their values and knowledge
in a jug that has a big hole in it. 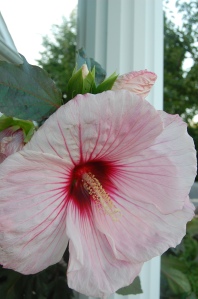