A teacher raped his 14 year old student. She has committed suicide. The judge said she was ‘older than’ her chronological age so the teacher was only given thirty days. I heard the news anchor tell this story and I was stunned. This judge should be dis-barred. Think about a fourteen year old girl you might know and think of her committing suicide. Her family’s loss and grief is real and it means more than the satisfaction the teacher got. Rape is an act of power and control. Sex is the weapon used to wield that power. So this teacher gets thirty days.

This is a sexist message that the judge is sending to the community and the nation. We can’t let men get away with rape and we can’t let them get away with statutory rape. There is no turning the other cheek when a crime involves minor children.

I find this to be disgusting and I think the media needs to keep this story alive and we need to contact Senators and Representatives and tell them to protect women. Ask them to stand up for young people because this happens to boys too.

This teacher is a pedophile and needs to serve the severest of sentences. He needs to be registered as a sex offender and he needs to be locked up for a very long time. Let’s speak out for this young woman and let her parents know our society does care and grieves with them.

” My satisfaction comes from my committment to advancing a better world.”     —–Faye Wattleton

Respect all women or you are a misogyist

“Do not wait for leaders; do it alone, person to person.”  –—–Mother Teresa

The War on Women

There is only one reason for rape and it is a crime. 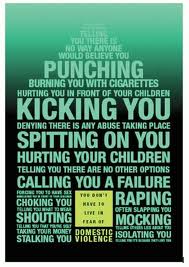 The Anatomy of Abuse

Today, I just want to talk about the violence that steals the peace in our world. The entire world is writhing with the pain of violence and hatred. Peace is something we need to choose and too many people are choosing hate, intolerence and violence. There is so much horror and death everywhere in the world, we are moving away from what is morally right, and ethical in our lives. We look around and there is terrorism, jihad, Domestic Violence, bullying and a total lack of regard for the suffering of others. 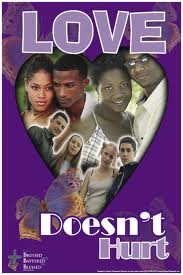 In these violent homes wars are being fought and people are being injured and killed. If you study cases of murder-suicide in America, the majority of the abusers own one or more guns. Women who leave an abusive situation are in the greatest danger. This is often the time when they are shot or beaten to death. Statistically, abusers believe in their right to to bear arms. So this issue is that we make guns available to men who beat, strike, and often kill the members of their family.Sometimes, they just kill the woman. All of us who have worked in Domestic Violence have seen an abuser with a gun. We often saw angry men with guns who threatened to kill the woman. We never quite knew if he would include us. I had several death threats made against me during my years in DV.

We need to add these two issues together because abusers, whether male or female, should never be allowed to have guns. No one should have to live in fear. Adding guns to the access of abusers is just putting women and children in more danger. We need to stand up and Congress needs to ratify the Violence Against Women act. It needs to be passed this year.

We need to stop violence against women and we need to make sure guns are not in the hands of abusers.

We need to keep talking about the danger so many live in. We need to insist that Congress do everything it can to protect women, children and men who are living in violence. Call or email your Congress people and Senators and tell them you want them to pass the Violence Against Women act and to push for gun control.

You can help save someone’s life. You can make a difference and choose making peace in our world.

Vincent Van Gogh was one of the Impressionist artists. The book My Life and Love are One contains excerpts from his letters to his brother Theo. He and Theo were very close and Theo sold as many of Vincent’s paintings as possible. Van Gogh’s art was expressive and his writings were equally expressive. Whether he wrote about art, turmoil or love you can feel his inner passion. Sunflowers were one of his favorite things to paint. He was brilliant and suffered from depression. His art does give a voice to his suffering.

One day, the story goes, Vincent took his easel and paints to a meadow and began a painting and also committed suicide. Recently there has been controversy over the possibility that he may have been murdered. Whatever happened to Van Gogh, he left us with some very brilliant art and writings.

“Since the beginning of this love I have felt that unless I gave myself up to it entirely, without any restriction, with all my heart, there was no chance for me whatever, and even so my chance is slight. But what is it to me whether my chance is slight or great? I mean, must I consider this when I love? No, no reckoning; one loves because one loves. Then we keep our heads clear, and do not cloud our minds, nor do we hide our feelings, nor smother the fire and light, but simply say: Thank God, I love.