Today is January 21, 2017.  Today, the People of America responded to the inauguration of Donald Trump.  Our response was nationwide and clear.  America’s response stimulated the response of countries around the world.  There were supportive marches on all 7 continents — including Antarctica.

My day started with fatigue and excitement.  I feel emotionally fatigued — I have ever since election.  I feel fatigued even though I didn’t watch the inauguration yesterday.  I still feel that he is not my President, and nothing can ever change that.

When I arrived in downtown Asheville for the Women’s March here in Western North Carolina, my sister and I joined in with thousands of others Americans who care about basic moral decency and equality.  What I found at the park were men and women, boys and girls, young babies in strollers to 88-year-olds.  There were all minorities, religious affiliations; people who were concerned and wanting to stop Muslim registration and possible deportation.  There was about an hour of speeches, and I of course photographed the entire event.

White doves of peace were released.  I, like many others at the march, was very moved and inspired not just by the speeches but by the sheer numbers of people who were moved to come out, enmass, and show support for the America WE know and love — an America based on civil rights, equality, justice and opportunity for all, regardless of color, religion (or lack thereof), race, gender identity.

The people around us felt strongly enough about these issues, and about the inauguration of Trump that they came out of there homes on a rainy Saturday; and together we pooled our energy and our hope and our compassion and kindness towards one another into a march that was peaceful and nonviolent, inspiring and motivating.

As the crowd of around 10,000 people began to march, we all had a little more personal space and it was easier to look around and see the faces of those who stood in solidarity with us, and to feel a deep sense of pride because all of us were there to support the kind of Americans that the Founding Fathers designed this country for.

I took over 400 pictures — don’t panic, I’m not including them all — but I am including a representative selection of some of my favorite shots, to inspire all of you, whether you are in America or around the world.  These photographs are pictures of the men and women of Asheville, NC who stood up today to be counted, to be inspiring and to be peaceful in their protesting and marching against the actions, already taken, of a man who was inaugurated to lead a country where the majority did not vote for him and do not want his hateful, bigoted, divisive and unjust policies enacted.  10,000 people standing together, shoulder to shoulder, to support one another and all those whom this new administration would seek to disenfranchise.

Many people said they would protest for the next 4 years. So will we.

We protest not just for Americans, but for all of you around the world who are shocked and dismayed to see the world moving back towards hate and division, and away from caring and inclusion.

We stand with you, as you around the world have stood with us. 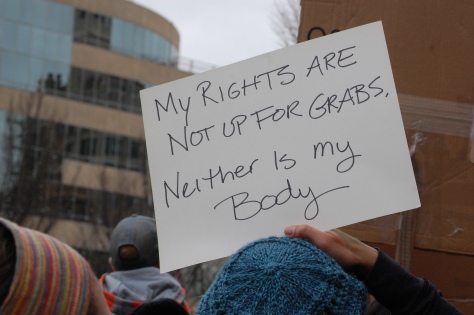 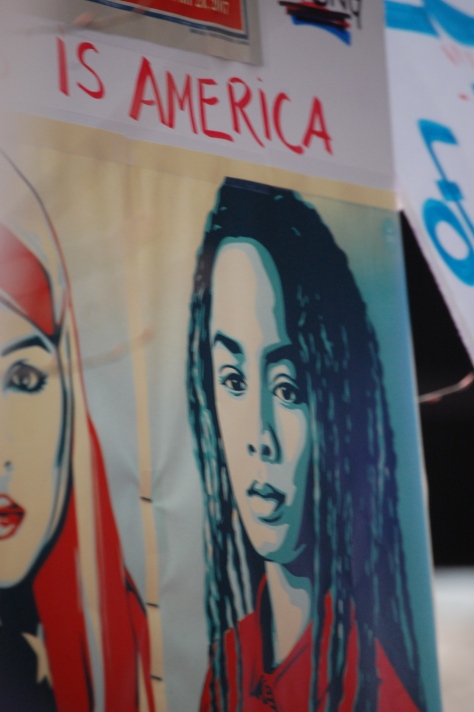 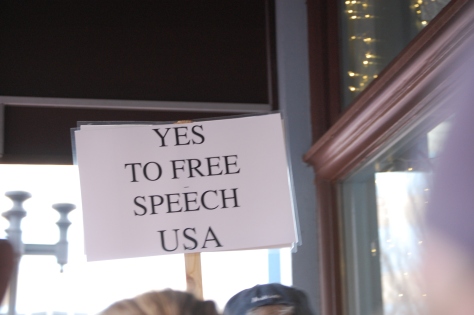 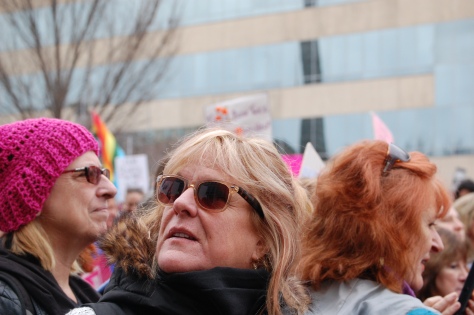 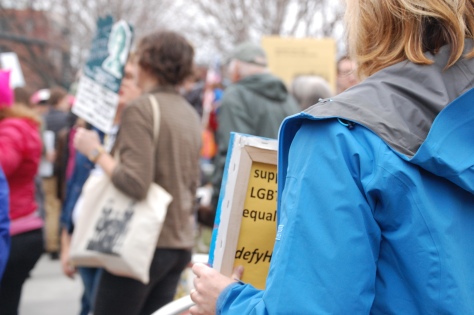 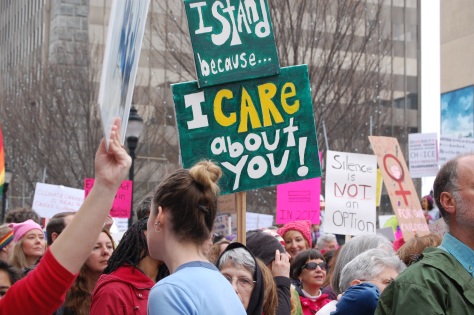 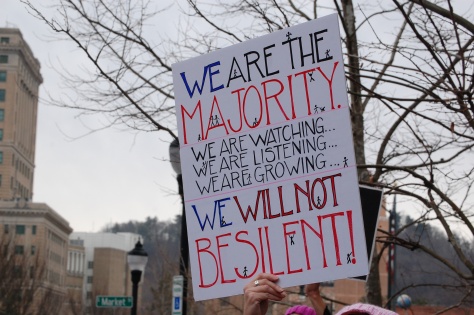 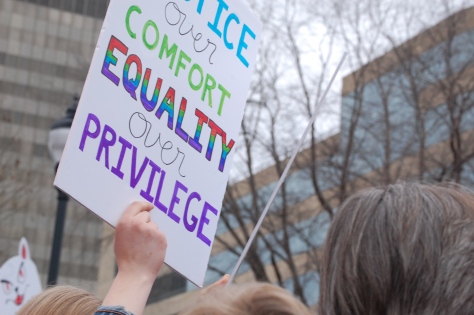 11 thoughts on “We The People”