Many people are calling for us to give Trump a chance; to not condemn him for what he said on the campaign trail, and for what he’s done since he won the election:  for the Twitter rants and for the nominations he’s made, appointing people who seem both unqualified for the office assigned, and who in many cases have long espoused views in direct contradiction to the roles of the departments they have been proposed to head.

But I, and many others, cannot overlook either his words or his actions. For so many of us it is not about politics, as some have suggested; it is about what his administration brings to our country. The misogyny, the racism, the discrimination of immigrants (Muslims and others), anti-semitic views, and the general bigotry he prescribes to. We are one country, but if we descend into hating people we go against the very principles that our Founding Fathers crafted in our great constitution.

If we don’t take a stand to protect others in our country, we will lose the fundamental precepts that we were founded upon. That is why many of us are resisting Trump, his views and words go against all we believe in. To care about others and to act on that care is vital to what our democracy stands for and what the Founding Fathers dreamed of.

In reality, hate crimes have gone up since the election, synagogues are being threatened,the poor are being disparaged, the disabled are being mocked, immigrants are being threatened (the country was founded by Europeans and they killed the indigenous people which makes us great hypocrites). Immigrants are the richness that has fed America through the centuries. They brought to America their skills, dreams and hard work and are part of the reason America is great.

Yes, I realize that this isn’t what Trump says, but based upon my beliefs and others, America is still great. America gives everyone the ability to dream and work hard and move up in our society. America, because of the influence of many immigrants, is still the place that you can work to make yourself rise above where you were born in the social structure of your country of their birth. America is also the country where others care about your education, health, losses, accomplishments and ability to work for yourself and your family, The desire for our children to become more than what we are is paramount to the American dream.

America is not perfect. Hatred is a great deal of the reason why. For instance, because the Founding Fathers could not come to any type of a decision on slavery, they postponed that decision until a future generation would be able to come to a moral and ethical solution. We ended up freeing the slaves during the Civil War. Has America provided minorities equality and the same opportunities that white people have? No. The racism that stumped The Founding Fathers and that crippled the South for many years is still a problem.

As Americans, we must look at the bigotry, racism, and sexism that dwells within our hearts and souls. We need to be honest with ourselves, face it head on, and overcome the desire to blame others for what is not right in our lives. Black people, Jews, and women are not the reason you find your life lacking. They are not the reason you lost your job or don’t have health insurance, or don’t have the family you always dreamed of. But other caring Americans can help and give you support. Often, others can and would advise you, give you a hand, or just assist in ways you can determine.

America has never been perfect but we have continued to try. We haven’t tried hard enough and there are people whose lives can testify to that. Education, hard work and being honest with ourselves will take us to what we desire. By being responsible for all of our actions we negate the habit to blame others for our losses and disappointments.

America must realize that while we are great, we each need to love our fellow citizens despite their religion, color, gender, education level, and socio-economic place in our society. Only then we can rise together to fulfill our dreams and to make America the best it can possibly be. 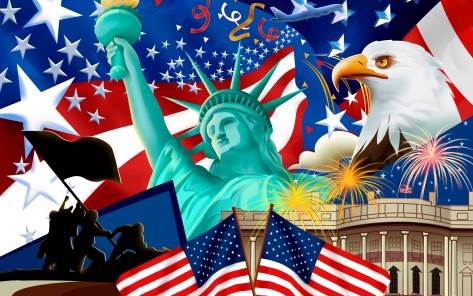 17 thoughts on “How to Truly Make America Great Again”