Give Cyntoia Brown A New Trial 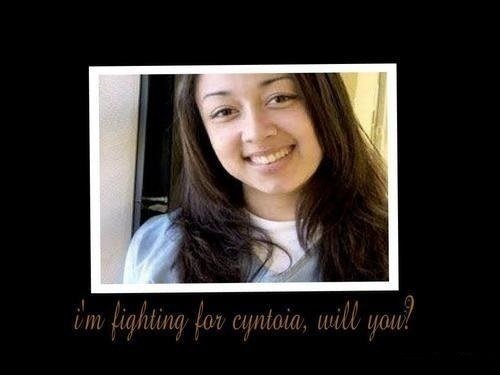 Cyntoia Brown is serving a life sentence in Tennessee Prison for Women for the murder of Johnny Allen. However, there is evidence to support that she did this is self-defense, she was also 16 at the time the incident AND was tried as an adult.There is also evidence to suggest that Cyntoia has some mental and emotional disorders as a result of being abused s a child. Please help her get a re-trial so that the mistake of giving her a life sentence can be corrected.

In 2004, Cyntoia Brown was arrested for murder. There was no question that a 43-year-old man is dead and that she killed him. What mystified filmmaker Daniel Birman was just how common violence among youth is, and just how rarely we stop to question our assumptions about it. He wondered in this case what led a girl — who grew up in a reasonable home environment — to this tragic end?

Me Facing Life: Cyntoia’s Story explores Cyntoia’s history and her future. Without attempting to excuse her crime as youthful indiscretion nor to vilify her as an example of a generation gone off the rails, Birman simply follows Cyntoia through six years of her life after the crime, and searches for answers to persistent questions.

Cyntoia Brown is one of these children, born into a life of parental drug and alcohol abuse, prostitution and eventually being placed in foster care.

She was influenced early on in life that the way to treat others was the way she herself was treated, that to survive prostitution was not a quick way to earn money but a survival tactic.

Society continually condemns and screams for change where children are physically and sexually abused, emotionally abused, Unless it seems this very child commits a crime viewed as so heinous no one should reach out and try to save her.

Placing children in Adult Prisons has become a very matter of fact procedure in the court rooms of the US, placing them in situations of fear and abuse very much identical to the life they rebelled against on the street.

If a child commits a serious crime of cause they must be punished, but the focus should be on rehabilitative not retributive.

3 thoughts on “Justice in the Juvenile Detention System”