Look back at me.

Have you ever thought, said, or wanted to say this as someone walked, drove, or flew away?

On this Labour Day when people march forward to celebrate how far workers have come and how much further they need to go, it’s good to look back on the brave people that fought for workers’ rights.

The BBCminiseries North & South isbased on the book byElizabeth Gaskell; screenplay by Sandy Welch and directed by Brian Percival, yes, same title, different show than the American Civil War miniseries, North & South. This North & Southrefers to the North and South of England, and focuses on industrialization and the inequality between classes. 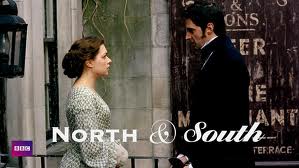 A couple hundred years later, not much has changed.
The lower classes work themselves into an early grave while the upper…

3 thoughts on “Look Back At Me”