It is the fifteenth anniversary of the largest attack on America since Pearl Harbor. My sister was in the hospital having surgery and I was in the waiting room. I asked the nurse to turn the TV on. It was maybe 30 seconds before the first plane hit.  That is all about me. From the depths of my heart I honor those killed at the 3 crash sites. Their bravery is legendary.

To all of the survivors, and including the first responders, I am sorry for your losses. Only the bravest of people were left here to continue the journey of life. I pray that each day brings you a little more peace and contentment and that the grief you hold lightens and pride replaces it. Thank you from the bottom of my heart to all of the first responders. May blessings be heaped upon the heads of everyone of you.  To the victims  WE HAVE NOT FORGOTTEN YOU.

It was America’s second attack

We all know where we were on 9-11-2001. I was sitting in a hospital waiting room because she was having surgery. I asked if I could turn the television on. I did turn it on and before I could sit down, I watch Matt and Katy go pale and ask what was that. The rest we know.

The plane was about to hit The World Trade Center

My father always talked about Pearl Harbor. The first time America was attacked. He saved newspapers with screaming headlines that the Japaneese attacked Pearl Harbor many service people were killed. Many ships from our Pacific fleet were docked and sunk due to the bombs.

All day long, I like many, talked to everyone we knew. Just to be sure they were safe. I was lucky. So many American families were no so lucky. Not only were the victims brave but their families continue to live bravely every day. The passengers and crew on Flight 93 were amazing and I am so impressed by their courage. The fact that they fought back must bring pride through the grief to the surviving family and friends. Bless them all.

Of all the bravery we saw that day and in the following days, to me, the passengers that fought back and made their plane crash were the bravest. I am sure as each of them made the decision to fight, an angel was with them and took them to their afterlife.

So many are lost, Not all of them were Americans. There were people from many countries and they experienced a new kind of warfare. America was experiencing a kind of war called Jihad.

People running from the collapsed towers

Looking for family and friends who were not found yet. 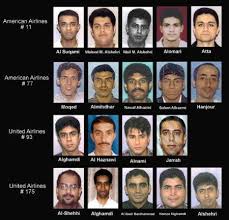 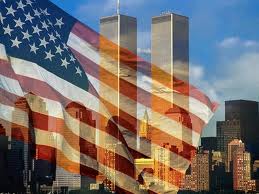 Our country survived this unimaginable attack 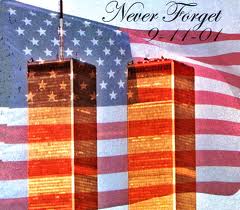 America will never forget any of you

Thank you for your bravery.

America also remembers and honors the brave first responders.  Being a nurse, I can imagine a little bit what they saw and had to deal with. I know that every first responder was miraculously selfless.  Many gave up their lives to get people out of the wreckage. Many now have to live with the after effects of their bravery. Each day, our country owes them so much. They saved many lives. They found many victims buried in rubble. May God bless every first responder and all of the workers who suffer illness because of their desire to help the people. Thank you all for what you did for America.

I just wanted to send my prayers and continued support to the survivors and family and friends of all of those who were killed when we were attacked on 9-11, 2001. These last years have been horrible, I am sure and your courage and struggle is noted by a loving country. The victims in all three attacks were heroes and heroines in the eyes of the American people. I know they are gently being held in the love of the Divine. My prayers are added to all of the prayers of all people, despite nation or religion. Blessings to all.