More than 2,000 US military veterans have formed Veterans Stand for Standing Rock and plan to act as a human shield around protesters demonstrating against the Dakotas Access Pipeline.

Over 2,000 members of Veterans Stand for Standing Rock are planning to travel to a campsite near Cannon Ball, North Dakota, to create a human barrier between protesters and law enforcement this weekend. The news comes just a day following the US Commission on Civil Rights accusing law enforcement of using “military-style equipment and excessive force” against Native American protesters. 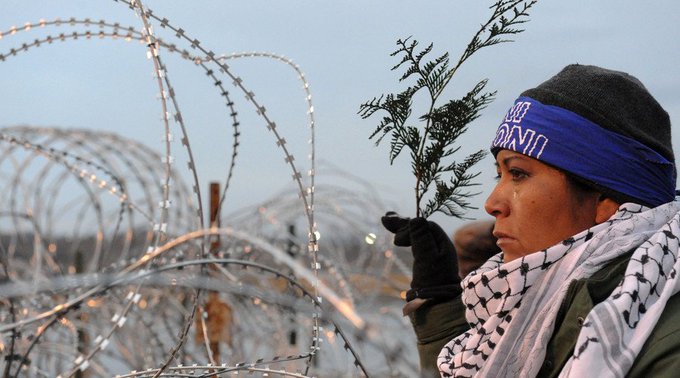 Erick Lizandro Marroquin, one of the Veterans Standing for Standing Rock members, told RT America’s Ed Schultz that they acknowledge the risks of coming into conflict with law enforcement or other authorities that have been accused of excessive force.

“When we get there, we’re not just Latinos, blacks or whites, we are veterans,”Marroquin stated. “So, they will be shooting or threatening the uniform of the United States military. But it doesn’t have to get to this point.”

The veterans are not only hoping to offer some protection to the protesters, but also a respite from demonstrating.

“We want to give them a moment of peace so we can take a little bit of pressure off,” Ashleigh Jennifer Parker, a Coast Guard veteran and spokeswoman for Veterans Stand for Standing Rock,

The veterans will be going to the Oceti Sakowin campsite, which has been the target of a number of recent orders from the government. This weekend will be a critical time for the camp, as the US Army Corps of Engineers announced that it would close the protest camp on Saturday. While authorities say they do not plan to forcibly remove protesters, all remaining persons would be subject to prosecution and arrest.

On Monday, Governor Jack Dalrymple (R) ordered an emergency evacuation of the camp, citing harsh weather conditions. In addition, local law enforcement announced plans to block supplies from entering the campsite but walked back on that, claiming they would only check vehicles for prohibited supplies and issue fines of as much as $1,000 for violating the governor’s order. 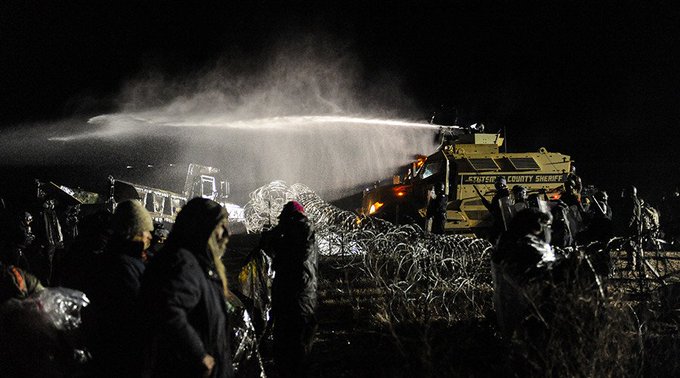 However, that did little to deter Veterans Stand for Standing Rock, who appear motivated to support the cause.

“I figured this was more important than anything else I could be doing,” Guy Dull Knife, 69, a Vietnam War Army veteran,

Dull Knife has been at the campsite for months and will soon by joined by many more veterans, including Rep. Tulsi Gabbard (D-Hawaii) and a major in the Hawaii Army National Guard.

Parker explained to USA Today that she and the other veterans are not concerned about violent treatment, because it would only bring more attention to the cause.

“We’re hoping if we stand together in formation and look the aggressors in their face… if they can treat us the same way [as protesters] then that should showcase to the American people what’s going on up there,” Parker said.

(Article by Jeremiah Jones; From RT)

17 thoughts on “2,000 Veterans Standing up for Standing Rock”