“For much of our history, the ‘good’ rape victim, the ‘credible’ rape victim has been a dead one.”

That’s just one of the many powerful statements Ontario Court Justice Marvin Zuker said in court last week while delivering his verdict in a Canadian university rape case. The judge announced that he found the defendant guilty of sexual assault and proceeded to point out the insidious effects of victim-blaming in his 179-page verdict.

“The myths of rape should be dispelled once and for all,” Judge Zuker read aloud in court last Thursday. “We cannot perpetuate the belief that niceness cannot coexist with violence, evil or deviance, and consequently the nice guy must not be guilty of the alleged offense.”

The case, which began in February, involved Mustafa Ururyar and Mandi Gray, two doctoral students at Toronto’s York University. According to The Guardian, the two had been casually dating when Gray went to Ururyar’s apartment one night in January 2015.

As the two made their way back to Ururyar’s apartment, Gray said he became angry and started calling her “a slut” and “needy.” Gray testified that Ururyar forced her to perform oral sex on him and then raped her later that night.

Ururyar had pleaded not guilty to sexual assault, claiming that he and Gray had engaged in consensual sex on the night in question. According to Judge Zuker’s verdict, Ururyar’s defense repeatedly attacked Gray’s character and attempted to discredit her story throughout the trial.

Judge Zuker was not accepting Ururyar’s “twisted logic,” as he said in his verdict. The judge denounced Ururyar’s defense, calling it all a “fabrication” that is “credible, never,” adding, “I must and do reject his evidence.”

The judge described how traumatizing the defense’s character assassination must have been for Gray and condemned a culture that is so quick to victim-blame:

The court was constantly reminded, told, as if to traumatize the helplessness, the only one we can believe is Mr. Ururyar, because she, she Ms. Gray, cannot remember. What a job and a real bad one, trying to shape the evening. We must not create a culture that suggest we learn that rape is wrong through trial and error.

How can you prove it? You don’t remember. He knows you don’t remember. He is going to write the script and he did. Testimony incomplete, memory loss, etc. etc. And, of course, typically, no dialogue in the story. One full sentence by Ms. Gray? What is it? No power, no voice, defenceless. To listen to Mr. Ururyar paint Ms. Gray as the seductive party animal is nothing short of incomprehensible. He went or tried to go to any length to discredit Ms. Gray, if not invalidate her. Such twisted logic.

… There is no demographic profile that typifies a rapist. There is a danger of stereotyping rapists. When the accused is a friend of the victim and uses that relationship to gain, and then betray the complainant’s trust; there may be a need to be informed in order to recognize and understand the accused’s predatory behaviour. No other crime is looked upon with the degree of blameworthiness, suspicion, and doubt as a rape victim. Victim blaming is unfortunately common and is one of the most significant barriers to justice and offender accountability.

…The responsibility and blame lie with the perpetrator who takes advantage of a vulnerable victim or violates the victim’s trust to commit the crime of sexual assault. Rape is an act of violence and aggression in which the perpetrator uses sex as a weapon to gain power and control over the victim. It is too common to redefine rape as sex and try to capitalize on the mistaken believe that rape is an act of passion that is primarily sexually motivated, It is important to draw the legal and common sense distinction between rape and sex… There is no situation in which an individual cannot control his/her sexual urges. 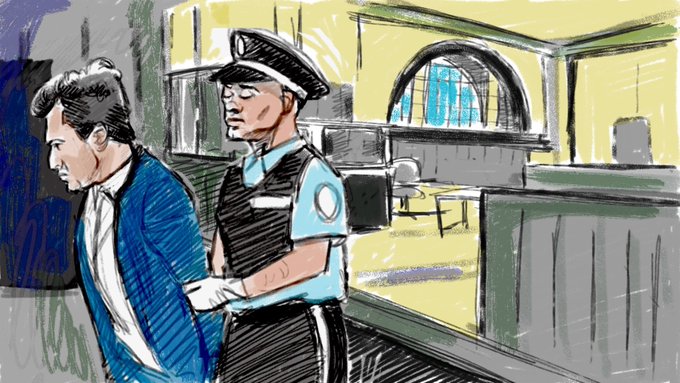 Towards the end of his statement, Judge Zuker clarified  what consent really means and why a survivor’s actions before the assault should never be used to excuse rape.

“Without consent, ‘no’ means ‘no,’ no matter what the situation or circumstances,” he said. “It doesn’t matter if the victim was drinking, out at night alone, sexually exploited, on a date with the perpetrator, or how the victim was dressed. No one asks to be raped.”

In his verdict, the judge actually underlined that last sentence (on page 172 in the embedded statement below).

The same day Judge Zuker read his verdict, Gray released a public statement in response to Zuker’s powerful words. “I am tired of people talking to me like I won some sort of rape lottery because the legal system did what it is supposed to do,” Gray wrote.

In a conversation with reporters after the hearing, Gray called the verdict a “huge victory,” but added that Zuker’s statements can’t undo the trauma she’s endured.

I decided to publish another blog today because this Canadian judge has the courage and the strength to what three American judges have not done. He has not punished the victim for her own rape. He has stated for the record that No means No. Our judges slapped the hands of the convicted rapist and let them off without jail time.

American men, there is no reason for you to violate a woman. No does mean no. Rape has to do with power and control and not really sex. What kind of man can’t control himself? Once again, we see here in America that there is no respect for women, no consideration for their feelings…It is a War on Women.

Congratulations to our Northern neighbors. Hats off to the judge who is man enough to follow the law and do what is right.