The intelligence, shared at a meeting last week with Russian Foreign Minister Sergei Lavrov and Russian Ambassador Sergei Kislyak, was supplied by a U.S. ally in the fight against the militant group, both officials with knowledge of the situation said.

The White House declared the allegations, first reported by the Washington Post, incorrect.

“The story that came out tonight as reported is false,” H.R. McMaster, Trump’s national security adviser, told reporters at the White House, adding that the leaders reviewed a range of common threats including to civil aviation.

“At no time were intelligence sources or methods discussed. The president did not disclose any military operations that were not already publicly known…I was in the room. It didn’t happen,” he said.

Russia’s foreign ministry said reports that Trump had revealed highly classified information were “fake”, according to the Interfax news agency. 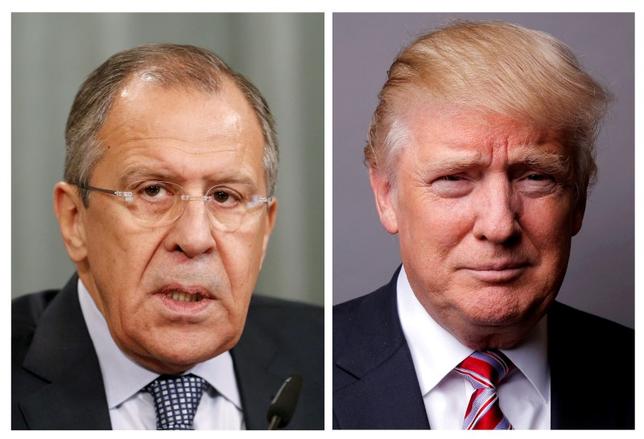 “Obviously, they’re in a downward spiral right now and they’ve got to come to grips with all that’s happening,” he said of the White House.

The latest controversy came as Trump’s administration reels from the fallout over his abrupt dismissal of former FBI Director James Comey and amid congressional calls for an independent investigation into allegations of Russian meddling in the 2016 U.S. election.

One of the officials said the intelligence discussed by Trump in his meeting with Lavrov was classified “Top Secret” and held in a secure “compartment” to which only a handful of intelligence officials have access.

After Trump’s disclosure of the information, which one of the officials described as spontaneous, officials immediately called the CIA and the National Security Agency, both of which have agreements with a number of allied intelligence services around the world, and informed them what had happened.

While the president has the authority to disclose even the most highly classified information at will, in this case he did so without consulting the ally that provided it, which threatens to jeopardize a long-standing intelligence-sharing agreement, the U.S. officials said.

Since taking office in January, Trump has careened from controversy to controversy, complaining on the first day about news coverage of his inauguration crowds; charging his predecessor, former President Barack Obama, with wiretapping; and just last week firing the FBI director who was overseeing an investigation into potential ties between Trump’s presidential campaign and the Russian government.

Trump, a Republican who has called allegations of links between his campaign team and Russia a “total scam,” sharply criticized his 2016 election rival, Democrat Hillary Clinton, for her handling of classified information as secretary of state, when she used a private email server.

The FBI concluded that no criminal charges against Clinton were warranted, but Comey said she and her colleagues had been “careless” with classified information.

In his conversations with the Russian officials, Trump appeared to be boasting about his knowledge of the looming threats, telling them he was briefed on “great intel every day,” an official with knowledge of the exchange said, according to the Post.

Some U.S. officials have told Reuters they have been concerned about disclosing highly classified intelligence to Trump.

One official, who requested anonymity to discuss dealing with the president, said last month: “He has no filter; it’s in one ear and out the mouth.”

One of the officials with knowledge of Trump’s meeting with the Russian called the timing of the disclosure “particularly unfortunate,” as the President prepares for a White House meeting on Tuesday with Turkish President Tayyip Erdogan, an ally in the fight against Islamic State.

Trump’s first foreign trip also begins later this week and includes a stop in Saudi Arabia, another Islamic State foe, and a May 25 NATO meeting in Brussels attended by other important U.S. allies. He also has stops planned in Israel and the Vatican.

The president’s trip and latest uproar over his meeting with Russian officials come amid rumors that he might shake-up his senior staff in a bid to refocus his administration.

Two Israeli officials tell BuzzFeed News that the intelligence shared by Trump “syncs up” with intelligence that Israel shared with its US counterparts.

SAN FRANCISCO — Two Israeli intelligence officials confirmed to BuzzFeed News Tuesday that Israel had shared specific intelligence with the US regarding ISIS plots to smuggle explosive laptops onto planes, and that it appeared that that intelligence had been shared with Russia without prior coordination.

The revelation that Trump had shared that intelligence with Russian officials was Israel’s “worst fears confirmed,” said one of the intelligence officers.

“We have an arrangement with America which is unique to the world of intelligence sharing. We do not have this relationship with any other country,” said the officer, who spoke to BuzzFeed News on condition of anonymity as he was not granted permission to speak to the press.

“There is a special understanding of security cooperation between our countries,” he said. “To know that this intelligence is shared with others, without our prior knowledge? That is, for us, our worst fears confirmed.”

The officer previously spoke to BuzzFeed News in January, when he said that Israeli officials had specific concerns about what Trump would share with Russian officials. Israel, he added, routinely shared intelligence that included sources of information and asset names, he said — the type of information that could endanger the lives of those providing the raw intelligence.

Israel’s role in obtaining the intelligence passed on to Russian Foreign Minister Sergey Lavrov was first reported by the New York Times on Monday. Lavrov and Trump’s discussion last week has been the subject of rapid pushback from an embattled White House, which has said that the president’s disclosure was “wholly appropriate.”

On Tuesday, White House Press Secretary Sean Spicer defended the right of the president to share intelligence as he sees fit, telling reporters, “the president can always discuss common threats or common issues with host nations — excuse me — with other heads of government or other government officials as he deems appropriate to tackle the threats our country faces.”

Israeli officials, however, said it was “highly unusual” and “highly inappropriate” to share information without prior coordination.

“There has to be trust for this sort of arrangement. I cannot speak for Israel’s entire security apparatus, but I would not trust a partner who shared intelligence without coordinating it with us first,” said the intelligence officer who spoke to BuzzFeed News.

An official in Israel’s Ministry of Defense said that while the US has passed on Israel’s intelligence to other friendly nations in the past, it has always done so in a coordinated manner.

“There are situations where this is necessary. But there is always coordination… that is just good practice and manners,” said the official.

Israel still maintains a large network of human assets, also known as HUMINT, who work in gathering intelligence on the ground in countries across the world. Unlike other western countries, who have given up costly HUMINT operations in recent years in favor of signals intelligence — or SIGINT, intelligence gathered through online systems, phone lines, and other communications — Israel still invests heavily in sending its own spies abroad and in cultivating a network of locals interested in selling or trading intelligence.

The Ministry of Defense official who spoke to BuzzFeed News said the network of resources Israel maintained made their intelligence both, “incredibly valuable and precarious,” adding that real human lives were put in danger if that intelligence leaked out to the wrong parties.

The White House has suggested that Trump did not reveal the source of the intelligence during his meeting with Lavrov. On Tuesday, Spicer told reporters, “it would be impossible for the President to reveal the source of the information because, as General McMaster made very clear as he was leaving this podium, the President wasn’t briefed on the information and wasn’t aware of the source. So the President wasn’t aware of this. This wasn’t part of his briefing. So, therefore, to suggest that, therefore, he revealed it, is impossible.”

The Israeli officials who spoke to BuzzFeed News said there has already been a push to stop sharing Israel’s most sensitive intelligence with Trump’s White House. It was Israel’s political echelons, they added, who insisted the intelligence-sharing continue, and who were hoping to use Trump’s mistakes as a way to gain leverage.

“We are concerned about our long-term intelligence gathering operations,” said the Ministry of Defense official. “But politically [Israeli Prime Minister Benjamin Netanyahu] Bibi sees a way to get what he wants out of Trump. He can say to Trump, you screwed us, now give us this or that.”

Privately, US national security officials said they had no way to know for that the leak would effect US-Israeli military relations or intelligence sharing between the two countries. For many, that was not the biggest issue of the leak. Rather, it was Trump’s push to normalize relations with Russia during the meeting where the leak happened, even going so far as to push for coordination on protecting the homeland.

That, two US officials explained to BuzzFeed News, would change US national security in a way the leak would not.

Nancy Youssef contributed to this report from Washington.