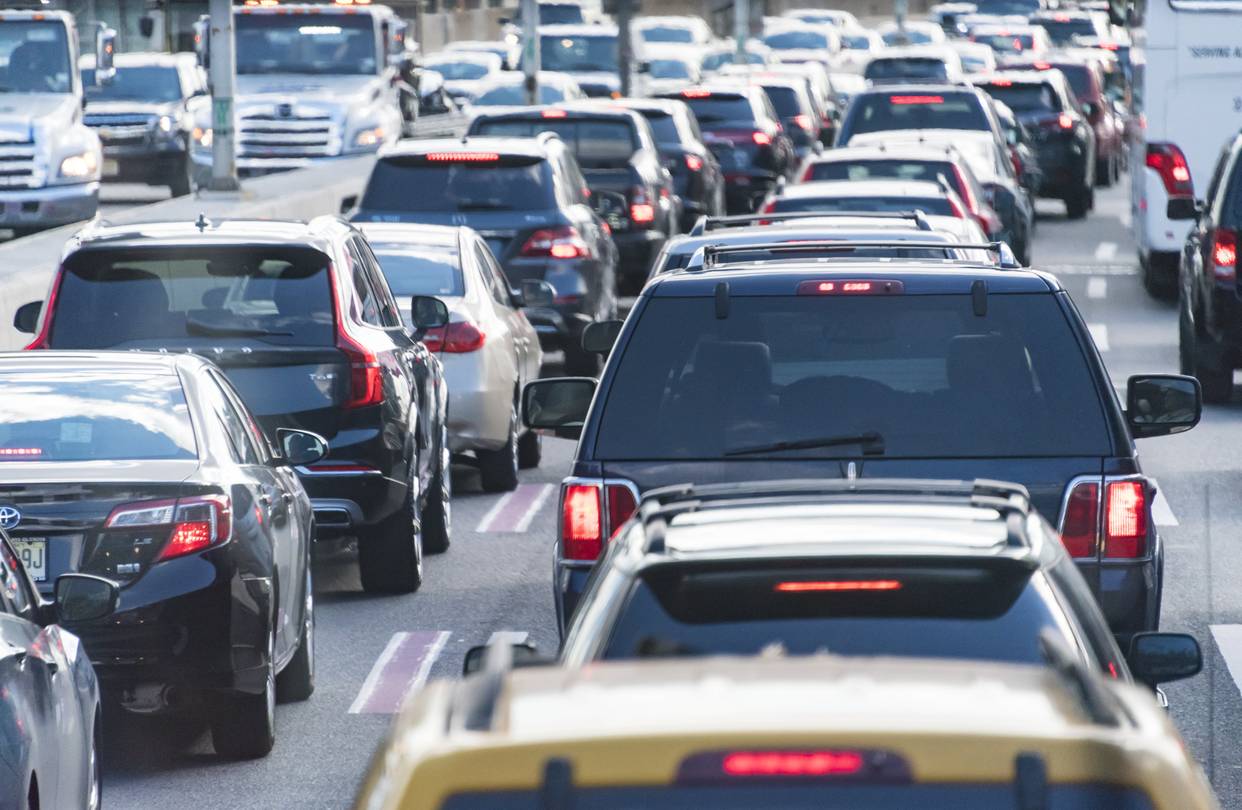 ENLARGE
Finding the money to upgrade airports, power lines and roads, such as this one in New York City, is a likely priority of the new administration. PHOTO: ROBERTO MACHADO NOA/LIGHTROCKET/GETTY IMAGES

The president-elect’s infrastructure plan largely boils down to a tax break in the hopes of luring capital to projects. He wants investors to put money into equity for projects in exchange for tax credits totaling 82% of the equity amount. His plan anticipates that lost tax revenue would be recouped through new income-tax revenue from construction workers and business-tax revenue from contractors, making the proposal essentially cost-free to the government.

Mr. Trump has made a $1 trillion infrastructure investment over 10 years one of his first priorities as president, promising in his victory speech early Wednesday morning to “rebuild our highways, bridges, tunnels, airports, schools, hospitals.”

The Trump team’s thinking is laid out in a 10-page description of the proposal posted on the website of Peter Navarro, a public-policy professor at the University of California, Irvine, and an adviser to Mr. Trump. Top Trump aides couldn’t be reached to comment on the proposal.

Separately, a presidential transition website that went up this week said Mr. Trump planned to invest $550 billion in infrastructure, without offering details on where the funding would come from, a sign that the president-elect’s policy proposals remain in flux.

Experts and industry officials, though, say there are limits to how much can be done with private financing. Because privately funded projects need to turn a profit, they are better suited for major projects such as toll roads, airports or water systems and less appropriate for routine maintenance, such as repaving a public street, they say.

Officials also doubt that the nation’s aging infrastructure can be updated without a significant infusion of public dollars.

The plan “strikes me as sort of a concept paper or a thought piece as opposed to a real plan,” said Pat Jones, executive director of the International Bridge, Tunnel and Turnpike Association, which represents private operators of toll roads. “These are sort of formulaic numbers that you could come up with to present something that looks like a plan.”

For now, members of Congress of both parties and transportation advocates say they are optimistic lawmakers can reach a bipartisan deal to provide some of the needed funding to update roads, power lines and airports. According to the McKinsey Global Institute, the U.S. needs to boost infrastructure spending by 0.7% of gross domestic product between now and 2030 to meet the demands of a growing economy.

Both parties have said they agree on the need for new spending on infrastructure, but the challenge has been finding the money to pay for it. An Obama administration proposal to use new revenue from a corporate tax overhaul didn’t get through Congress last year. In December, lawmakers cobbled together a $305 billion measure using a reserve account held by the Federal Reserve.

Mr. Trump’s plan would essentially sidestep the political funding squabbles by focusing mostly on private investment, a concept that both parties generally support.

But the plan could still face an uphill battle in Congress, where Democrats have been pushing for more public funding.

Industry experts note that private financing can complement public funding for some projects but is far from a perfect substitute. Historically low interest rates have made it very cheap for state and local governments to borrow directly on the municipal bond market, giving them less incentive to work with private funders.

At the same time, tolls have proved unpopular in much of the country, with toll-road operators in Indiana and Texas filing for bankruptcy protection in recent years.

“The real need is straight up funding, not additional financing tools,” said Bud Wright,executive director of the American Association of State Highway and Transportation Officials.

Only about 6,000 of the nation’s four million road miles are tolled. And only about 3.1% of the assets under management of U.S. investors are in infrastructure, of which some share is invested in projects abroad, according to Preqin, a research firm.

“Not every project is necessarily feasible,” said Patrick Rhode, vice president of Cintra, which develops privately funded infrastructure projects. “The public and state authorities have to make a determination as to what best serves the public good.”

It’s also unclear how Mr. Trump’s proposal would generate enough new revenue to offset the cost of the tax credits. If the construction workers hired on the new projects were previously unemployed, the proposal would indeed generate significant new tax revenue. But with the unemployment rate for construction workers around 5.7%, it is likely those workers would have found other jobs and paid income tax regardless.

“It’s unclear exactly what [Mr. Trump] has in mind for his infrastructure tax credit,” said Michael Sargent, a transportation policy analyst at the conservative Heritage Foundation. “He says they’re deficit neutral, but I’m not sure how exactly they could pay for themselves.”

Heritage has been advocating reducing the federal government’s involvement in transportation and leaving it up to the states to fund improvements.