The influence of Christian myths may well have affected another story from Native American traditions — that of the Deganawidah the Pacemaker.  This semi-mythical character, also known as the Man from the North, was born into the Wendot tribe, later known as the Huron, who lived along the northern shore of present day Lake Ontario.  According to tradition, Deganawidah was born of a virgin who, when she confessed to her mother that she was pregnant but had never known a man, was revealed to have been visited by a messenger of the Great Spirit Tarenyawagon, who was sending a messenger to bring  lasting peace to humankind.  At first there was much doubt among the tribes-people, and it is even told that Deganawidah’s grandmother tried three times to kill the child after prophecies that he would bring no good to the tribe.  Yet Deganawidah survived, and grew imbued with wisdom, intelligence, and kindness.  He spoke with animals and birds, and began to teach a message of peace among his fellows.  The walking Huron found this distasteful and strange and tried to drive Deganawidah away.  On reaching manhood he wandered in the wilderness for a time and then set forth in a white canoe said to have been made, astonishing, of stone, to visit other tribes.  In the years that followed he traveled amongst the tribes and eventually founded the great Iroquois Confederacy, a democratic union of five tribes from amongst the northeastern woodlands, the concept that influenced not only the founding got of the United States constitution, but also that of the United Nations.

Deganawidah’s death remains mysterious, and like King Arthur, it is believed that he will return at the time of the his country’s need.  Remembered still as the Peacemaker, he is seen as a harbinger of peace and as messenger of God.  His life parallels that of Christ in many ways, especially in his birth and youthful deeds.  He is a perfect example of the Children of Wonder, who come in the dark heart of Winter to bring light and a message of peace to the world. 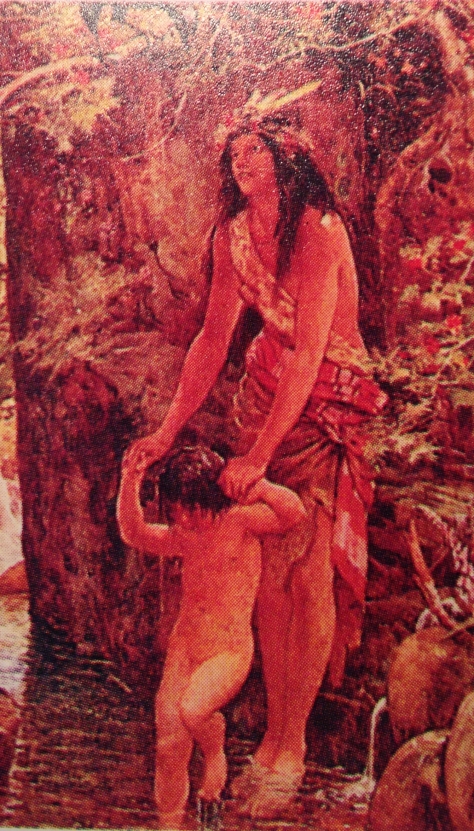 Deganawidah, the PeaceMaker, was brought up with intelligence and kindness and, like Jesus, went on to spread a message of peace and democracy

–From The Winter Solstice: The Sacred Traditions of Christmas by John Matthews