March marks Women’s History Month, a time to celebrate and critically assess the ways in which women’s rights have and have not progressed around the world.

In the realm of religion, there is still much work to be done, as many faith traditions continue to bar women from seeking ordination and fail to recognize the important role women play in the spiritual lives of their communities. In other ways, though, women have made serious strides in the last year, taking on new leadership roles in their denominations and houses of worship, expressing their faith through art and spearheading activist movements.

As we continue envisioning a future that upholds full gender equality, these women are taking the lead and providing an example for others to follow: 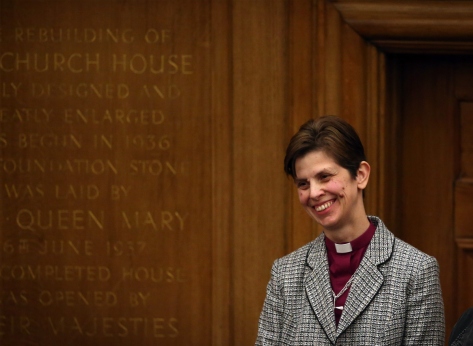 Reverend Libby Lane was consecrated as the Bishop of Stockport, and the Church of England’s first female bishop, in January 2015. “I am very conscious of all those who have gone before me, women and men, who for decades have looked forward to this moment,” Lane said at a December press conference. “But most of all I am thankful to God.” 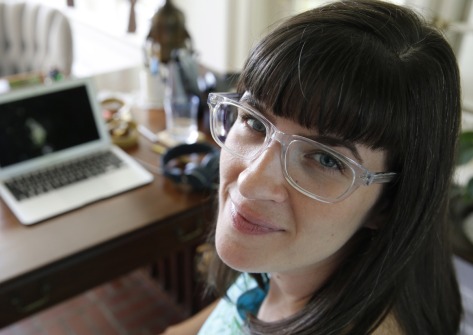 Despite being excommunicated by the Church of Jesus Christ of Latter-Day Saints, Mormon activist Kate Kelly tirelessly continues working on the movement to ordain women in the Mormon church. Speaking after she lost her final appeal to rejoin the church in February, Kelly said: “I am proud of what I have done. I am proud of the women and men who have taken a stand with me in this struggle for gender justice. We will continue to act with integrity and courage. Mormon women and their legitimate concerns cannot be swept under the rug or summarily dismissed by one ‘Court of Love.'”

Alexa Pilato — L.A.-based professionals M. Hasna Maznavi and Sana Muttalib founded what may be the first Women’s Mosque in the United States in January, providing a space where women can come together to pray, learn and deepen their faith. 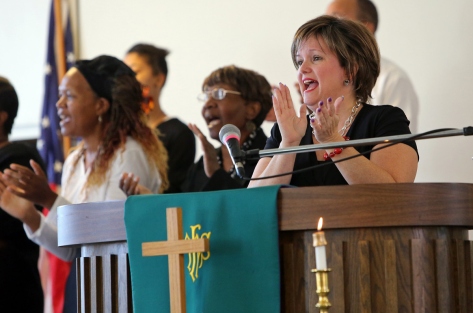 St.Louis Post-Dispatch via Getty Images — Pastor Renita Lamkin, Rabbi Susan Talve, Rev. Jennifer Bailey and many other women of faith offered countless hours and resources to the #BlackLivesMatter movement, working to promote equality, justice and an end to police brutality. These religious women continue to stand in solidarity with the powerful, self-identified queer black women who founded the #blacklivesmatter movement. 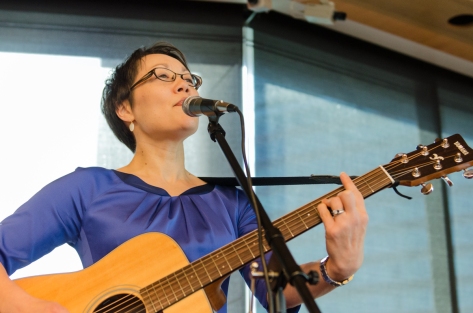 Jewish Women’s Archive/Flickr
In January 2014, Angela Warnick Buchdahl was elected head rabbi of New York’s historic Central Synagogue, becoming one of only a few women — and likely the only Asian-American — to lead a major U.S. synagogue. Many describe Buchdahl as a “pioneer.”

Associated Press — Seventeen-year-old Malala Yousafzai won a Nobel Peace Prize in December, alongside children’s rights activist Kailash Satyarthi. Since being shot by the Taliban in 2012, Yousafzai has become a world-renowned peace activist and champion of children’s rights. 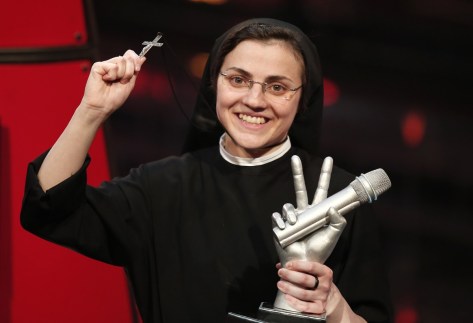 ARCO BERTORELLO via Getty Images
Sister Cristina Scuccia won “The Voice of Italy” on June 6, 2014 with breathtaking renditions of popular songs like Alicia Keys’ “No One” and Cyndi Lauper’s “Girls Just Wanna Have Fun.” Scuccia subsequently released her first album in November and performed at a Vatican holiday concert. It turns out that even nuns want to have a little fun now and then!

The Washington Post via Getty Images
In June 2014, Rev. Amy Butler became the senior minister and first woman to hold the job at the historic Riverside Church in New York City. Butler formerly served as senior minister of Calvary Baptist Church in Washington, D.C. for 11 years.

3 thoughts on “Breaking Down Barriers”